I was sent this book to review through NetGalley, huge thanks to them and the team at St Martins Press for sending me a copy! 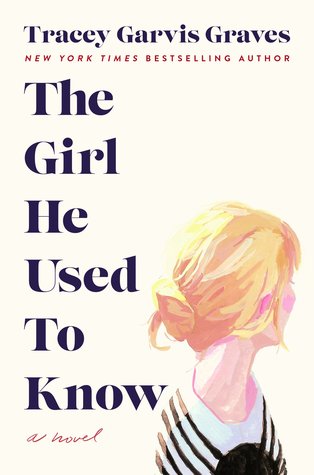 Title: The Girl He Used To Know

Annika (rhymes with Monica) Rose is an English major at the University of Illinois. Anxious in social situations where she finds most people’s behavior confusing, she’d rather be surrounded by the order and discipline of books or the quiet solitude of playing chess.

Jonathan Hoffman joined the chess club and lost his first game–and his heart–to the shy and awkward, yet brilliant and beautiful Annika. He admires her ability to be true to herself, quirks and all, and accepts the challenges involved in pursuing a relationship with her. Jonathan and Annika bring out the best in each other, finding the confidence and courage within themselves to plan a future together. What follows is a tumultuous yet tender love affair that withstands everything except the unforeseen tragedy that forces them apart, shattering their connection and leaving them to navigate their lives alone.

Now, a decade later, fate reunites Annika and Jonathan in Chicago. She’s living the life she wanted as a librarian. He’s a Wall Street whiz, recovering from a divorce and seeking a fresh start. The attraction and strong feelings they once shared are instantly rekindled, but until they confront the fears and anxieties that drove them apart, their second chance will end before it truly begins.

Overall, I can say I really enjoyed this novel and would happily read any other books by Tracey Garvis Graves. It’s the type of book I enjoy, a good romance with deeper issues explored within it, what’s not to love.

Do you enjoy romance novels? or do you prefer another genre? Would love to chat in the comments!

Hi! I'm Rums, I'm 23 and this blog is my little space to share my thoughts on all thing literary. Mostly consisting of book reviews and general bookish content. View all posts by Rums the Reader