I was sent this book through NetGalley to review, thanks to the team at Farrar, Straus and Giroux and Sarah Crichton Books for sending me a copy – I thoroughly enjoyed it! 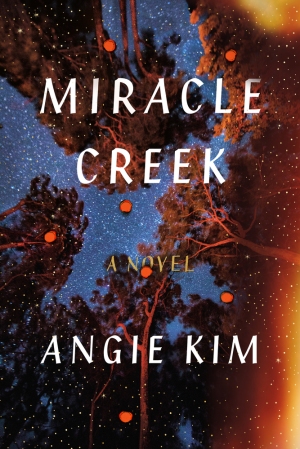 In rural Virginia, Young and Pak Yoo run an experimental medical treatment device known as the Miracle Submarine—a pressurized oxygen chamber that patients enter for therapeutic “dives” with the hopes of curing issues like autism or infertility. But when the Miracle Submarine mysteriously explodes, killing two people, a dramatic murder trial upends the Yoos’ small community.

Who or what caused the explosion? Was it the mother of one of the patients, who claimed to be sick that day but was smoking down by the creek? Or was it Young and Pak themselves, hoping to cash in on a big insurance payment and send their daughter to college? The ensuing trial uncovers unimaginable secrets from that night—trysts in the woods, mysterious notes, child-abuse charges—as well as tense rivalries and alliances among a group of people driven to extraordinary degrees of desperation and sacrifice.

My husband asked me to lie. Not a big lie. He probably didn’t even consider it a lie, and neither did I, at first . . .

Overall, this book is definitely one of my favourites of the year and I am a huge fan of Angie Kims writing. I will definitely be keeping a lookout for what she writes next because she is a truly gifted and special writer.

Are you a fan of mystery / crime novels? Does Miracle Creek sound like the type of book you’d be interested in? Would love to have a chat in the comments!

Follow Rums the Reader on WordPress.com
Join 927 other subscribers