So I finally got a chance to watch IT, and I say finally because ever since the trailers and even the initial news of a new adaptation came out, I was beyond excited. Horror is one of my favourite genres to watch and read, you name it and I’ve probably seen it, apart from some really disturbing or disgusting ones like The Human Centipede, that is where I draw the line firmly.

I saw the IT mini series, created in the 90’s and even though it was a bit cringe inducing at times, I still enjoyed it and have rewatched a couple of times. So in saying I enjoyed that, this years adaptation pretty much blew me away. I also read the book shortly before seeing the movie so all the details are fresh in my mind and it’s one of my favourite books now.

Now I’m no movie critic, I don’t know all the technical terms but it was visually stunning. From the colouring to the shots and framing, I not only enjoyed the story aspect but could really appreciate the artistic choices. Some of my favourite scenes were the ones which took place outside, The Losers Club having rare moments of happiness and innocence, the lighting, down to the costume fulfilled that sense of 80’s nostalgia. I think fans of The Goonies or Stranger Things will enjoy this movie in that regard, take a group of kids who are outsiders, banded together on an adventure and it’s a recipe for success.

As for the characters themselves, I liked each and every one of The Losers Club. From the  selected leader Bill Denbrough to loudmouth Richie Tozier, the intelligent Ben Hamscom, strong Beverley Marsh, bold and funny Eddie Kasbprak, resilient Mike Hanlon and the sweet, quiet Stanley Uris. They all have a reasonable amount of development and back story, but a few of the characters have more screen time like Bill for example. I would have loved to see more of Richie’s backstory personally as I loved his injections of humour and his character brought a lightness to many dark scenes.

I thought all of the actors did a great job in portraying these iconic characters, I particularly liked Jaeden Lieberher as Bill. There were so many scenes where he portrayed the vulnerability and emotion so well, notably in scenes with his little brother Georgie. I don’t know if anyone else cried but I certainly did during those Bill and Georgie scenes, it really hit home for me especially because I have a younger brother myself. I also thought Sophia Lillis was incredible as Beverley Marsh, as a character who deals with physical and sexual abuse, I feel like there was the perfect level of sensitivity and I felt her triumph when she finally stood up to her abuser. I would also like to point out that the moment where Eddie stands up to his controlling mother was ace – GAZEBOS! 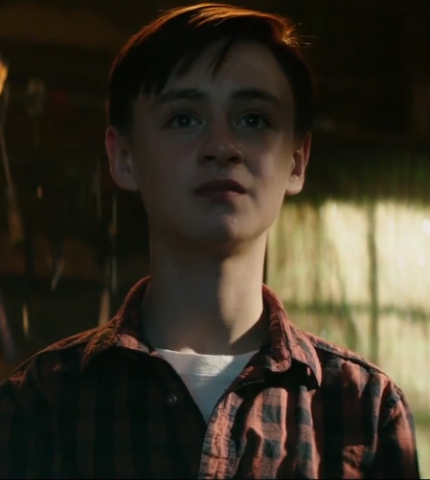 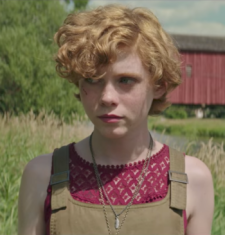 I couldn’t end my review without discussing Pennywise, or the titular IT. Now Tim Curry in the older version, was great, no discussion, he played the sinister and dark nature so well. Bill Skarsgard though did a pretty decent job in my humble opinion, I liked his manic little laugh and his expressions, he was scary in a different way, like an unpredictable sociopath. For all the scary elements of the movie, a lot of jump scares, warning you now, but I think it had sufficient representation of each characters demons.

Was it as extremely scary or terrifying as seasoned horror fans would love? Probably not. For me this wasn’t a negative but I know some people’s expectations may not be met. This is okay, we all have the right to our opinions and I can see what people meant when they said that. I went in not expecting to be terrified, I went in for the characters and seeing Derry and The Losers Club brought to life as a firm fan of the story, the horror or scare aspect was a secondary preference.

With any Stephen King material, you have to be accustomed to the idea of humans also being part of the horror. Whether this takes the form of abusive parents, a relentless bully at school or a town which seemingly ignores it’s missing children epidemic, there’s a wide range. I’m someone who really enjoys explorations of human nature and looking at the darker side, so this story is pretty much perfect in doing that.

The movie is pretty long so there’s no way I could ever write about everything without this post being essay length but I can’t wait to see part 2 and get invested all over again. I have no doubt it will not disappoint if the first installment is anything to go by.

If you’ve seen IT, what do you think? Did you like the movie? or did you find it lacked something?