This is another book I recently ordered through my Amazon recommended. It’s another novel that’s firmly in the Y/A Fantasy genre, perhaps this is me trying to escape reality and bury my head in some good old fiction? Either way, I really enjoyed it.

All her life, Liesl has been entranced by the stories of the Goblin King and his underground kingdom. These stories have inspired her musical compositions and kept her faith alive when all else has failed, when the drudgery of her day to day life has become overwhelming. Her grandmother has always warned her about the Goblin men and staying away from their tempting wares…but when her younger sister Kathe is taken by the Goblin King, she must try to save her. All the while battling her own desires and with time and the laws of the captivating and malicious Goblin world against her, will Liesl succeed? Or will she give in to temptation, and the charming whims of the Goblin King? 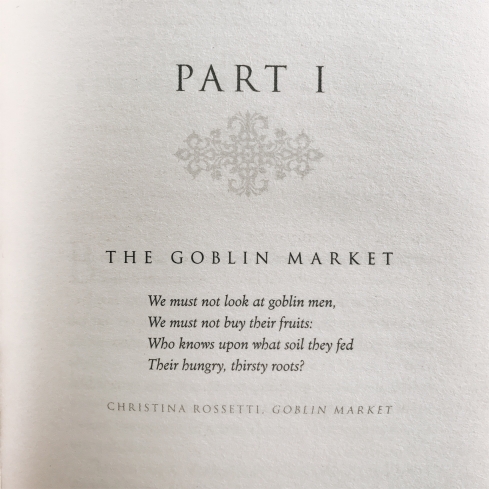 What could have been improved:

Overall, I can see myself re-reading this book again and getting re – invested in the story. Wintersong echoes a lot of my favourite books when I was younger – think The Forbidden Game by L.J Smith – but has more mature elements which I think will appeal to a variety of readers.

Hi! I'm 23, this blog is my little space to share my thoughts on all thing literary. Mostly consisting of book reviews and general bookish content. View all posts by Rums the Reader