So last night was the Blogosphere cover reveal party. One of my friends – who is also a blogger – was lucky enough to win tickets to the event and since she’s amazing, she invited me! I was so nervous and excited at the prospect of speaking to other bloggers and generally just being at such a cool event. I get really anxious at times and overthink things but I knew I had to take this chance, when else would it come around? Another big reason for us looking forward to it was the fact that Dina Tokio – one of the most well known muslim bloggers and youtubers would also be there.

The event began at 6 so me and my friend made our way on the tube and the whole time we couldn’t keep the excited smiles off our faces. People probably wondered why we were so happy but we couldn’t contain it! At around 6:30 we made our way in to the venue and it was so beautifully set up, the lights inside the studio space looked so pretty. There were a few sofas to sit on and chill as well as a fully stocked bar with soft drinks and the like.

As we got there quite early there weren’t that many people there yet so we started milling around and decided to visit the brands that had stalls set up. There were three there; So…? perfumes,  Noughty Haircare, Janina Ultra white and a company (who’s name I can’t remember right now *facepalm*) which specialised in Laser hair removal and other skin treatments. All of the brand reps were so lovely and friendly, as they ran us through their products and what their brand was all about. It was great to get to speak to them and see the different products they had on offer, I’m interested to try all of them out at some point and see what works for me. I think these interactions really helped me gain more confidence as a blogger and for any up and coming bloggers, I would highly suggest going to an event. It can be nerve wracking but taking a friend with you will definitely help you out with that. 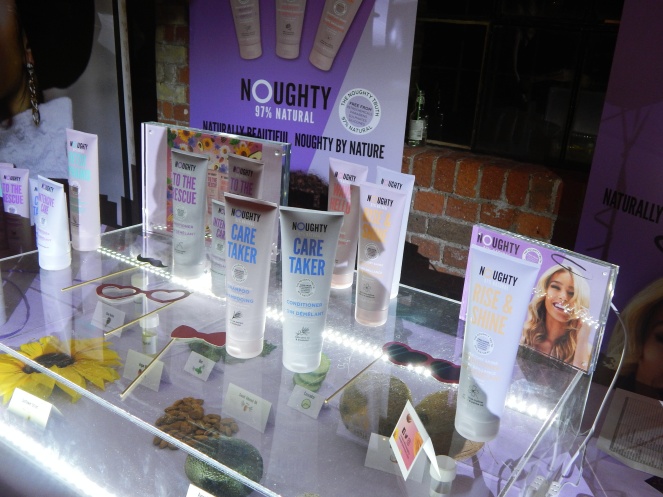 More and more people started arriving once we had visited the stalls and amongst them were some really cool people, established and new bloggers amongst them. I knew some of them by face and did manage to speak to them too which was so nice, again I was really nervous. A recurring theme in this post as you can see, but I had no need to be. Everyone was so welcoming and I had so many genuine conversations, I left feeling really happy that I had taken those chances. I can’t tell you the amount of times I exchanged my social media info and wrote down my blog name, but it felt good knowing that I was surrounded by so many like minded people. There was a live performance by artist El Sam, who performed a few covers and some original material. He is so talented and super friendly, was really nice to meet him towards the end of the night.
The cover reveal was also great, Alice Audley the founder of Blogosphere gave a great speech. This was a highlight for sure. After the cover reveal we were all given a goodie bag – a tote bag to be specific with Dinas two covers on either side. It had a few goodies inside – photographed below- and somehow I ended up with two copies of the issue too haha. Not complaining though, as the magazine is gorgeous.

We socialised for a bit longer and before we left we made sure to meet Dina, she was really nice and down to earth. All of which I expected but again nerves eek. We had a little chat, took some selfies and overall it was just great meeting someone who I’ve been watching for so many years, who is so successful but still so grounded. As a muslim woman it makes me so proud when we’re succeeding and Dina definitely represents that. Especially in the creative industry where there is a serious lack of muslim representation, it is all the more important. I know she is criticised a lot which is unfair, but meeting her was great and that’s all I’m going to say about that!

As me and my friend Humaira were on our way home, we were just reflecting on the evening and we felt quite overwhelmed due to how great the entire night was. Definitely one for the books and a memorable occasion.

This is a really exciting post and I hope you enjoy reading it as much as I enjoyed writing it!

Until next time, Rumaanah x

Follow Rums the Reader on WordPress.com
Join 928 other followers